Home » One Neighborhood at a Time

One Neighborhood at a Time 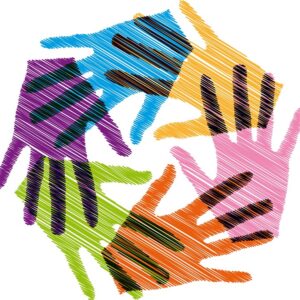 LOST HILLS, Calif. — What is the central challenge facing our era? My answer would be: social isolation.

Gaps have opened up among partisan tribes, economic classes and races. There has been a loss of social capital, especially for communities down the income scale.

Take, for example, the town of Lost Hills. Lost Hills is a farming town in the Central Valley, 42 miles northwest of Bakersfield. It is not a rich town, but neither is it a desolate one. There are jobs here, thanks to the almond and pistachio processing plants nearby. When you go to the pre-K center and look at the family photos on the wall, you see that most of the families are intact — a mom, a dad and a couple kids standing proudly in front of a small ranch house. Many of these families have been here for decades.

But until recently you didn’t find the community organizations that you’d expect to find in such a place. There’s still no permanent church. Up until now there has been no library and no polling station. The closest police station is 45 miles away. Until recently there were no sidewalks nor many streetlights, so it was too dangerous to go trick-or-treating.

Alexis de Tocqueville wrote that Americans are great at forming spontaneous voluntary groups. But in towns like Lost Hills, and in neighborhoods across the country, that doesn’t seem to be as true any more.

Maybe with the rise of TV and the Internet people are happier staying in the private world of home. Maybe it’s the loss of community leaders. Every town used to have its small-business owners and bankers. But now those businesses and banks are owned by investment funds far away.

Fortunately, we’re beginning to see the rise of intentional community instigators. If social capital isn’t going to form spontaneously, people and groups will try to jump-start it into existence.

Lost Hills is the home of a promising experiment. The experiment is being led by Lynda Resnick, who, with her husband, Stewart, owns the Wonderful Company, which includes FIJI Water, POM juice and most of the pistachios and almonds you eat. You should know that I’m friends with Lynda and Stewart and am biased in their direction. But what they are doing is still worth learning from.

First, they are flooding the zone. They’re not trying to find one way to serve this population. The problems are so intertwined, they are trying to change this community from all directions at once. In Lost Hills there are new health centers, new pre-K facilities, new housing projects, new gardens, new sidewalks and lights, a new community center and a new soccer field. Through the day, people have more places to meet, play and cooperate with their neighbors.

Second, they’ve created a practical culture of self-improvement. You can talk about social reform in ways that seem preachy. But the emphasis here is on better health and less diabetes, a nonmoralistic way to change behavior.

At the nut plant I met men and women who’d lost over 100 pounds. One of the workers gets up at 2:45 every morning, so he can hit the gym by 4 and be at work by 6. This guy wants to be around to watch his kids grow, and his self-disciplined health regime has led to a whole life transformation. He’s now taking business and law courses online.

The new institutions here are intensely social. When you go to the health center, you don’t sit silently in the waiting room before going into a small room for your 15-minute visit. Many of the patients have group visits (sort of like Al Anon groups) to meet communally with doctors and encourage one another’s healthier behavior. The medical staffs perform as teams, too. Staff members sit together in a central workroom collaborating all day.

Finally, there are more cross-class connections. Dr. Maureen Mavrinac moved here from the UCLA Family Medicine Department. Dr. Rishi Manchanda was the lead physician for homeless primary care at the Los Angeles V.A. These are among the dozens who have come to Lost Hills not to save the place from outside, but to befriend it. Their way of being ripples. I met several local women who said they were shy and quiet, but now they are joining community boards and running meetings.

What’s the right level to pursue social repair? The nation may be too large. The individual is too small. The community is the right level, picking a piece of land and giving people a context in which they can do neighborly things — like the dads here who came to the pre-K center and spent six hours building a shed, and with it, invisibly, a wider circle of care for their children.