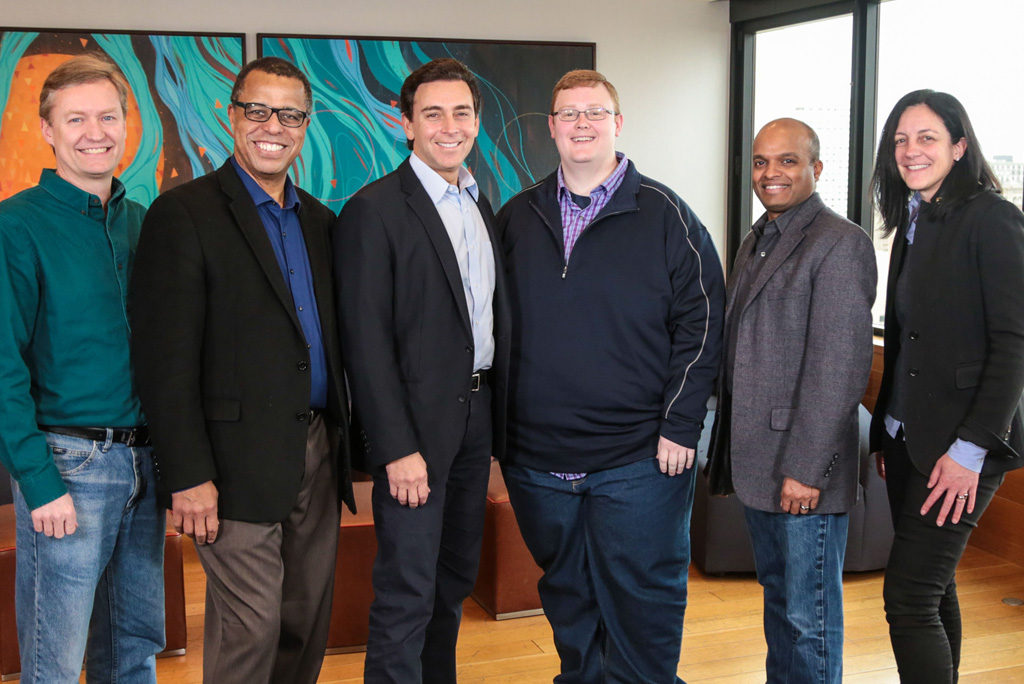 There soon could be another self-driving car in town.

Ford announced on Friday that it is investing $1 billion over the next five years in Argo AI, a Pittsburgh-based company that will develop a virtual driver system for a self-driving vehicle the automaker hopes to launch in 2021.

Argo, an artificial intelligence firm founded late last year by two engineers formerly with Uber, Google and Carnegie Mellon University, will establish a headquarters here and plans to hire about 200 people to advance what would be the brains of the fully autonomous vehicle.

The deal significantly escalates Pittsburgh as a hub of autonomous technology.

Uber has been developing self-driving vehicles and testing them on public roads since last August. Carnegie Mellon has been testing the technology for three decades. Last month, Pittsburgh, along with Penn State University, was selected by the U.S. Department of Transportation as one of 10 “proving grounds” for autonomous technology in the country.

But Ford’s investment is the clearest indication yet that the road to a self-driving future goes through the Steel City.

“It was primarily talent,” said Raj Nair, Ford’s chief technology officer. “And then, certainly, what seems to be a friendly administration making sure we can test and have the support of the community, that support is certainly attractive as well.”

Officials with Ford and Argo both declined to discuss specifics of the deal and what Pittsburghers might see in coming months. But they said the design of the deal, in which Ford holds a majority stake in Argo but encourages employees to own equity, should give the venture a competitive advantage.

The idea is to take the “strength and agility of a start-up” and combine it with the “strength and resources” of Ford, said Bryan Salesky, an Argo co-founder and chief executive officer. Mr. Salesky worked for three years at Google, developing hardware such as autonomous sensors for the Mountain View, Calif.-based company before leaving last year.

In exchange for Argo’s recruiting of top talent, Mr. Nair said, Ford provides “solid funding for the start-up, a solid customer for the start-up, and also the ability to integrate this technology into the rest of the vehicle technology.” Alongside Argo, Ford will continue developing hardware, manufacturing and design of the cars of the future, he said.

While the initial focus will be to support Ford’s autonomous vehicle development and production, Argo could seek to license its technology to other companies in the self-driving sector.

Though Argo was recently launched, Ford has been eyeing this region for longer than that.

Pittsburgh Mayor Bill Peduto said he had been talking with Ford officials about coming to the Pittsburgh area for more than a year, including when the city was preparing its unsuccessful bid for the U.S. Department of Transportation’s Smart City Challenge.

“As far as them coming here, I did expect something, but I didn’t expect they’d be investing $1 billion over five years,” Mr. Peduto said.

Mr. Peduto expects to meet with Argo officials Monday about a potential location for its facility. He suggested one possibility would be the Almono site in Hazelwood, the former LTV steel plant where the U.S. Department of Defense announced last month it would help fund the Advanced Robotics Manufacturing Innovation Hub.

“We’re going to be able to help them any way we can,” the mayor said.

Mr. Salesky said Argo is searching for a permanent office but would not elaborate on what kind of infrastructure — such as a laboratory or test track — that would entail. Though Argo will be headquartered in Pittsburgh, it will include research centers already established in the regions of Detroit and San Francisco. Some Ford employees could move into Argo’s workforce.

On its website, Argo offers six categories of positions — tasked with advancing computer vision, machine learning and robotics perception and software — and an internship.

Of Argo’s four team leaders listed on its website, three have deep ties to Uber. Its co-founder and chief operating officer, Peter Rander, worked for nearly two years as an engineering lead at Uber before leaving in September 2016, according to his LinkedIn page. Argo’s vice president of robotics, also worked for two years as a senior engineering manager before leaving the company in December.

Argo’s chief financial officer handled finances for Uber since the very beginning before leaving in January.

Asked about what role the San Francisco ride-hailing company played in those departures, Mr. Salesky said “I’m not going to comment on anything related to Uber. I would just say that Peter and I are extremely interested in helping self-driving cars get commercialized.”

In a blog post on Medium, Mr. Salesky wrote that “we’re working with Ford because of their enduring commitment to mobility dating back more than 100 years.”

Ford “built its business around human-driven vehicles, but its visionaries see the societal benefits that self-driving vehicles enable for the future. We respect Ford’s extensive autonomous vehicle research and development efforts and are thrilled to be partnering with them.”

Read the Post-Gazette article at: http://www.post-gazette.com/business/tech-news/2017/02/10/Ford-launches-autonomous-research-in-Pittsburgh/stories/201702100237