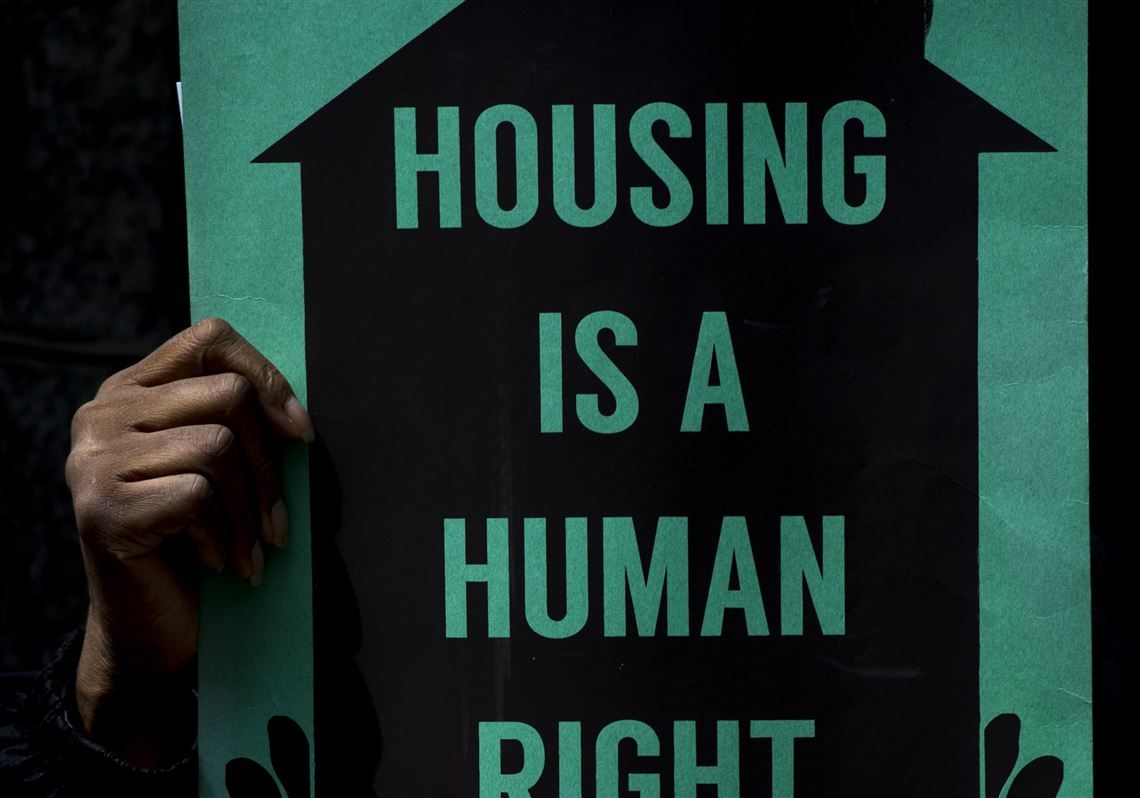 East End pastors announced Friday they will collaborate to push for affordable housing, with a particular focus on bringing displaced people back to East Liberty.

“There is a formula to good community development but there has to be collaboration with people in the street,” she said. “It can’t happen in a vacuum and make sense.”

HELP was founded in 2016, a brainchild of Rev. Ricky Burgess, the 9th district city councilman, she said.

At a press conference outside East Liberty Presbyterian Church, Rev. Darryl Canady of the Rodman Street Missionary Church, said participating ministers will “not just be at church on Sunday shouting but we’re going to be in the boardrooms on Monday to make sure that the least of these are also included.”

Rev. Burgess announced the Urban Redevelopment Authority in September will issue a request for proposals for the development of two lots on Beatty Street, behind the Ace Hotel. He said he believes each lot could hold 150 to 200 units and “we will hope 30 to 50 percent will be affordable” at a range of incomes, from 20 percent to 80 percent of the area median income.

Mayor Bill Peduto said the city’s land trust fund — paid for by real estate transfer taxes — will make $10 million a year available for affordable housing. The fund has yet to distribute any money, but advisory board members have said they aim to allocate funds before the year ends.

In addition, the redeveloper of the former Penn Plaza apartments has agreed to commit 50 percent of tax abatement funds into a separate fund that’s East Liberty specific.

“We have to find a way to bring our people home,” said state Rep. Ed Gainey, D-Lincoln-Lemington, referring to those displaced from East Liberty who want to return. “It is good to see the faith-based community coming together to make sure we have balance. In order to have balance we need multiple people involved.”

One project will bring 92 new units to Mellon’s Orchard South, a project at Station Street and North Euclid Avenue.

Trek Development Group has tax credits to begin phase one, 47 units, with a second phase of 45 units when funding is procured, said Bill Gatti, president and CEO of Trek.

He said 75 percent will be affordable for people who make 60 percent of the area median income.

Read the Post-Gazette article at: http://www.post-gazette.com/local/city/2018/08/24/HELP-Initiative-Village-Cooperative-East-Liberty-Bill-Peduto-affordable-housing-pittsburgh/stories/201808240146