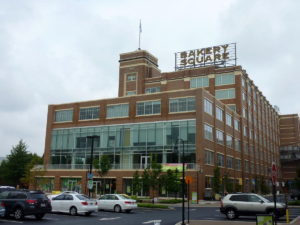 The announcement comes a day after the city of Pittsburgh announced it had reached an agreement for the relocation of Penn Plaza tenants, who faced eviction after the owners of the East Liberty apartment buildings decided to redevelop the site.

Under the agreement, tenants of the Penn Avenue apartments will receive relocation assistance from owners Pennley Park South and an extended time frame to find new housing.

There are also plans to create a new Local Economic Revitalization Tax Assistance district in East Liberty, similar to the one created in the Hill District as part of the Civic Arena site redevelopment, pending approval by the taxing bodies.

“This agreement and negotiating process that led to this is an example of the public-private partnership needed to address the issue of affordable housing,” Burgess said. “Today’s legislation builds upon the success and framework and process of that agreement.”

Councilman Daniel Lavelle, legislative co-sponsor, said he is happy to see increased development in Pittsburgh over the last five years.

One of the bills would require developers to submit an Affordable Housing Impact Statement to the city, tracking the impact of development on the creation and preservation of low-income housing.

Another bill would add source of income as a protected class in the city’s housing non-discrimination ordinance.

“In many housing markets, one of the key ways housing is providing to low-income tenants is through a housing subsidy such as the Housing Choice Voucher program,” Burgess said. “Voucher holders often face blatant discrimination when searching for housing. Source of income discrimination makes it increasingly difficult for voucher recipients to actually use their vouchers.”

A third piece of legislation would create the Homewood, East Hills, East Liberty and Lincoln-Lemington-Belmar Protection (HELP) Initiative, which calls for the development of an affordable housing protection strategy.

The fourth and final bill calls for a study of the impact of increased wages for low-income workers.

Among the partners supporting Burgess’s initiatives are the Service Employees International Union, which has been aiming to unionize service workers at UPMC for several years.

Though Burgess and others didn’t mention UPMC specifically, they called on the city’s “anchor institutions” to do their part to raise wages.

“Pittsburgh is changing and, in some ways, it’s getting more difficult,” said hospital service worker Sarina Coates, who said she takes home $17,400 annually. “Rents are going up, and some service workers have had to relocate from the neighborhoods they grew up in and move outside the city because they can’t afford to live here anymore.”

The legislative package targets the East End, but Burgess said he would like to see the affordable housing initiative replicated in other areas of the city if it is successful.

“This agenda cannot be done on the cheap,” Lavelle added. “This is going to cost, and … Rev. Burgess, myself, our additional colleagues on Council and the (Peduto) administration are going to have to prioritize this effort.”

Read the 90.5 article at: http://wesa.fm/post/burgess-introduces-affordable-housing-legislative-package