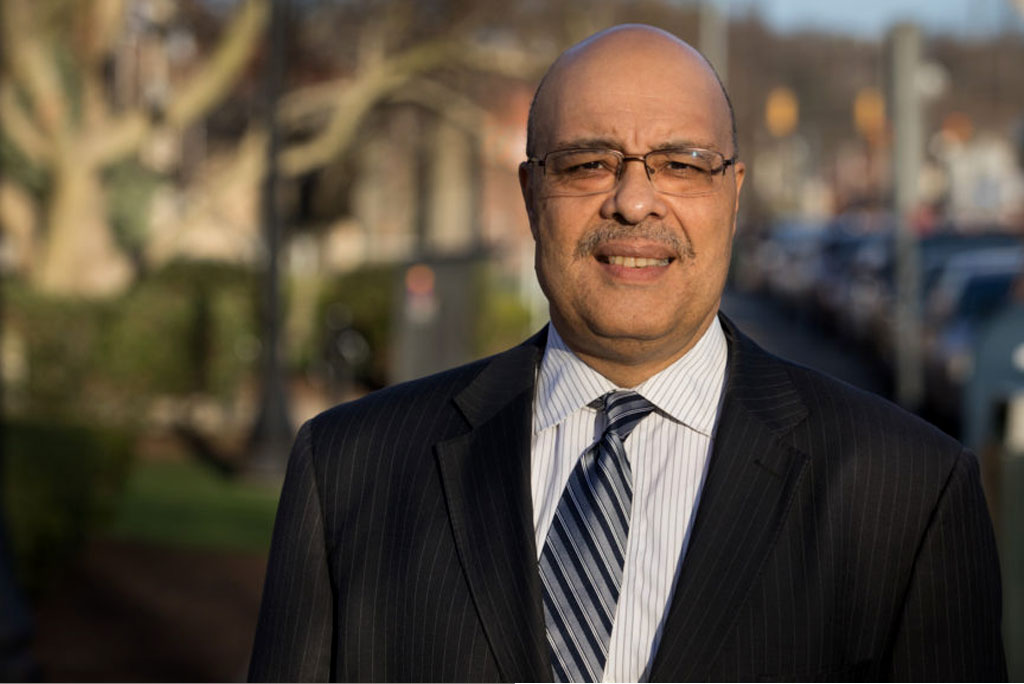 “I want to do things that are transformational, not transaction or treatment.”

In the decade he’s been on Pittsburgh City Council, Rev. Ricky Burgess, who represents District 9, said he’s learned a lot about development.

And the most important thing? Action.

“You have to show people change,” he said, adding that to change their minds, it takes changing how they think and act.

As a council member, Burgess said his focus is helping low- and moderate- income residents.

“I want the city to be a city for everyone,” he said. “…In order to do that, we all have to prosper.”

For the final installment of our nine-part Meet City Council series, The Incline sat down with Burgess in March at Nazarene Baptist Church in Homewood — where he’s the pastor — to talk about Pittsburgh, District 9 and more. Below is our conversation, edited and condensed for clarity.

First elected to council: 2007 and is currently serving his third term

Contact: Call the District 9 office at 412-255-2137, email Burgess at reverend.burgess@pittsburghpa.gov or use this feedback form. Find him on Twitter at @RickyBurgessPgh.

Q: What is the biggest issue in District 9?

A: Burgess said there are two — economic development and public safety.

The council member said he’s supported public safety reform from adding ShotSpotter to increasing training and equipment for police to improving police relationships with the city.

“But the real problem is concentrated poverty,” Burgess said. “…The people who say we need better jobs, better schools, better social services, I agree with them, but we don’t need one first, we need them simultaneously, and they have to be to scale.”

Burgess said there’s been economic development in his district such as as townhouses and new businesses in Homewood. But to transform communities, there needs to be a “concentrated investment” in District 9 neighborhoods, which are home to a large African American population in Pittsburgh, Burgess said. He added that happens by bringing in new money and coordinating existing resources.

Q: What is the biggest issue in the city?

A: “The biggest city issue is the affordable housing crisis,” Burgess. “We’re not building fast enough.”

It’s not just low-income housing that Pittsburgh needs, he said, adding that some of the people who work at local hospitals can’t afford some housing near their work. Burgess said that he has some solutions that he’s working on, but wasn’t ready to talk about those just yet.

But what the city needs is a large amount of money on the front end, Burgess said. He said the small steps aren’t significant enough to make a difference.

“If we keep doing it in small steps, we’re going to become more economically segregated and the land will be gone,” Burgess said.

Q: What’s your favorite part of living in District 9?

A: “I live here because of the people,” he said, adding that he met his wife, Carlotta, there in the first grade.

He said there is “elegance and dignity” of the people that live in District 9. One thing he wants people to know is “how hard working the people are here, and they struggle with a sense of dignity.”

Burgess said it’s also a “blessing” to have his church — Nazarene Baptist Church — in his district and that the members have become like family.

A:  He said people need to understand that Pittsburgh’s low-income neighborhoods have been neglected for 50 years; they aren’t just the way they are for no reason. So it’s not about the office, he said.

“I’ve spent my life trying to help low and moderate income people,” Burgess said. “And I’ll be a public officials as long as I can go to that goal.”

Q: What has been one of the most memorable moments of your political career?

A:  Burgess said he’s not someone who focuses on what the “best” moment is. But he did say there is a moment that stuck with him from before he was elected to council.

When he started his first campaign, Burgess went to the deacon at the time to get permission. And the deacon’s answer was a memorable one.

“He said, ‘Remember when Homewood Avenue used to be thriving? If you can make it like that again, then run,’” Burgess said.

That’s helped inspire the council member’s plans to think big. Burgess added that he’s always working on something systematic with one goal in mind.

“I want to do things that are transformational, not transaction or treatment.” he said. “That’s my litmus test.”

Read The Incline article at: https://theincline.com/2017/05/29/rev-ricky-burgess-is-focused-on-transformational-development-in-pittsburghs-district-9/